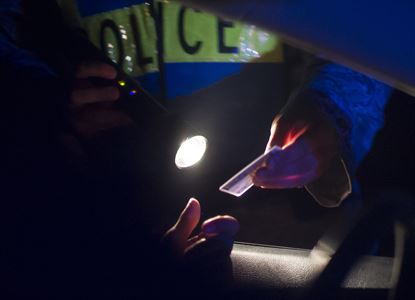 Why Can Ohio Suspend My Driver’s License, and What Could the Consequences Be?

The state of Ohio, working through municipal and county courts, the Bureau of Motor Vehicles, and law enforcement officers in the field have more than 20 ways to suspend a driver’s license. The most-frequent reasons people in Ohio have their driver’s licenses suspended are:

Each type of suspension comes with its own terms and legal procedures for appeals, but a majority of the suspensions last six months to a year although they can be much longer. Reinstating a license after a suspension expires involves going to the BMV, paying extra fees, and presenting proof of both insurance and insurability. Getting a commercial driver’s license reinstated may require retaking written and road tests.

Regardless of the reason it is imposed, an Ohio license suspension extends to every driving endorsement a person holds. This means, for instance, that losing your license due to an OVI case that started with you driving your own car means you will also have your CDL suspended. Even though many drivers regain limited personal driving privileges while under suspension, no one with a suspended CDL can legally operate a commercial vehicle in Ohio until the suspension expires and the CDL is fully reinstated.

The limited driving privileges for people under suspension typically restrict them to driving only to and from work or school, keeping court dates, and keeping doctor’s appointments. Some people will also have curfews for driving, meaning they are only allowed to be on the road during daylight hours or in the hour before and hour after their usual work shift.

A Note on Administrative License Suspensions

An OVI suspect who refuses to participate in breath, blood, and urine testing exposes themselves to an administrative license suspension, or ALS. This involves the arresting officer seizing the suspect’s license and ordering the person not to drive at all until a court returns the license in good standing or approves limited driving privileges.

An Ohio ALS must be appealed immediately, usually when the suspect appears before a judge for the first time during an arraignment on the OVI charge. Failing to appeal within in 30 days leaves the ALS in effect, and it would stick even if the OVI charge was dismissed.

With a few exceptions that are best explained as part of a case-specific discussion with a Columbus Ohio criminal defense lawyer or Columbus traffic ticket attorney, license suspensions are generally handled by courts. A CDL suspension can be considered an Ohio BMV license suspension. Partnering with an experienced lawyer while petitioning the BMV can be quite beneficial.  The agency uses its own rules that few drivers will know.

In both scenarios, acting quickly is imperative. A driver who can show that they have an otherwise clean record, are currently employed or enrolled in school, and have family responsibilities stands the best chance for being granted limited driving privileges while other aspects of their case play out.

If you need help avoiding or appealing a driver’s license suspension in or around Columbus, OH, consider reaching out to Colin Maher of The Maher Law Firm. He takes a special interest in Ohio ALS suspensions, and he offers free phone consultations to all potential clients. You can contact him online or call Colin at (614) 205-2208.