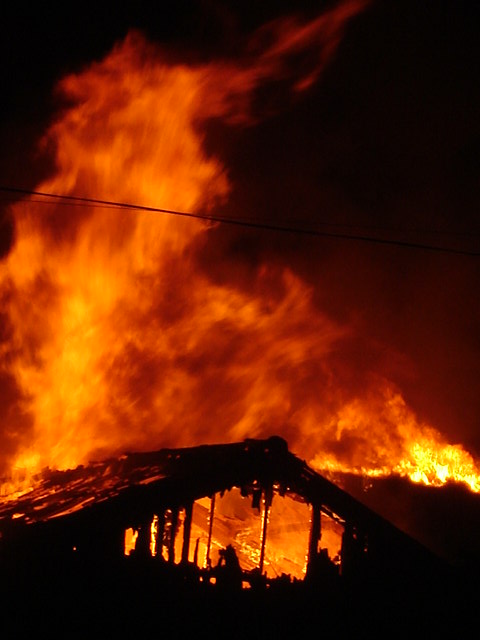 Charges for Arson in Ohio

Chapter 2909 of the Ohio Revised Code makes it a crime for any person to use fire or explosions to “knowingly … cause, or create a substantial risk of, physical harm” to a building, person, piece of property, or vehicle. An alleged arson offense could also be treated as vandalism or terrorism, and, depending on the target and the amount of injury or damage inflicted, the purported criminal act can be prosecuted as a high-level misdemeanor or a felony. Jail and stiff fines are always possible, making hiring a Columbus, Ohio, criminal defense attorney a must when charged with arson.

Understand the Basics of Arson as a Crime

It is illegal both to purposely set a fire or cause an explosion or to hire someone else to do so. A person suspected of doing either will be charged even if no one got hurt and the damage to an unoccupied building or empty field was minimal.

When police and prosecutors consider an alleged act of arson to be minor, they will file a charge for a first-degree misdemeanor offense. The maximum penalties would then be 180 days in jail and a fine of $1,000.

Arson becomes a felony offense if someone suffers injuries or when repairing the property damages costs more than $1,000. The following table illustrates how potential penalties escalate as the alleged offense is considered more serious:

In addition to serving prison time and paying criminal fines, individuals convicted of arson in Ohio must register their name and address with their county’s sheriff’s office. The requirement is similar to the one placed on sex offenders, but having one’s information removed from the arson registry may be slightly easier. A sentencing judge has the discretion to limit an arsonist’s registration obligation to 10 years. During the registration period, however, failing to keep law enforcement updated on one’s whereabouts can result in an arrest for violating terms of release and a new jail sentence.

Recognize the Seriousness of Charges Related to Arson

Ohio’s arson statute prohibits the possession of materials that can be used to commit arson when authorities believe the reason someone has the fuels, incendiary devices, or explosive chemicals is to cause damage or injuries. The law also states that it is illegal to possess chemicals, biological agents, and radiological substances that can be converted into weapons. Using any of the materials listed in the statute to destroy telecommunications equipment, stop traffic, or harm large groups of people can be prosecuted as terrorism.

Vandalism is also addressed in the arson statute. Prosecuted as a fifth-degree felony punishable by up to 12 months in jail and $2,500 in fines, a vandalism charge can be made when more than $1,000 in damage is inflicted on a building or piece of property by any means. Spray painting a wall can bring a vandalism charge, as can knocking over headstones in a cemetery or breaking out windows.

Mounting a successful defense against an arson charge in Ohio involves questioning the evidence the prosecution presents to establish identity, intent, and harm. Questions an experienced Columbus criminal defense lawyer will demand conclusive answers to include

Forensic evidence that a fire or explosion occurred for any reason other than natural or accidental causes is difficult to find and interpret. Relying on a defense attorney who can bring in fire science and explosives experts to challenges a prosecutor’s assertions in court can make all the difference between a conviction and an acquittal.