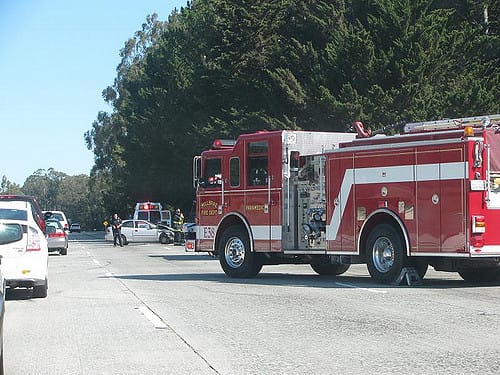 Options After an Alleged DUI Crash

If you get charged with causing a crash while operating a vehicle while intoxicated (OVI) in central Ohio, you really only have one good option: Hire a Franklin County DUI lawyer. You need a vigorous defense, especially if the wreck resulted in injuries or deaths. The penalties for causing a collision while driving under the influence of drugs or alcohol can include years in prison and thousands of dollars in fines and fees. The only way to avoid the harshest consequences is to work closely with a defense attorney who has represented many people facing DUI/OVI charges.

Traffic crash cases involving allegations of drunk or drugged driving have many components. Each requires close attention, so a defendant in such a case will need to look for a Franklin County DUI lawyer who has many years of experience handling traffic violations, vehicular assaults, reckless driving, and OVI cases.

A dedicated and knowledgeable defense attorney will re-examine and question all the evidence that police and prosecutors claim to have. Issues raised in pretrial motions and before a judge will include

Witness testimony, video from many different sources, and physical evidence ranging from skid marks to blood samples must be collected and subjected to analyses by independent experts. A longtime Franklin County DUI lawyer will have the resources and professional network needed to ensure that proper and accurate reviews of all evidence are conducted.

Who Speaks for the Accused?

Most importantly, a Franklin County DUI attorney will work only in the defendant’s interest. Prosecutors tend to go after people accused of driving while drunk or stoned very aggressively. Add an auto accident and, in the worst case scenario, injuries or deaths, and the defendant will definitely feel targeted by the justice system. The accused may find few people willing to hear, let alone believe, their side of the story. The defense attorney may be the only person invested in protecting the accused individual’s rights.

The Maher Law Firm has helped people with OVI, traffic, and criminal defense cases all across Franklin County, OH. If you find yourself accused of operating a vehicle while intoxicated, call us at (614) 205-2208 to speak to a lawyer. You can also contact us online by filling out this online contact form. Intial consultations are free.