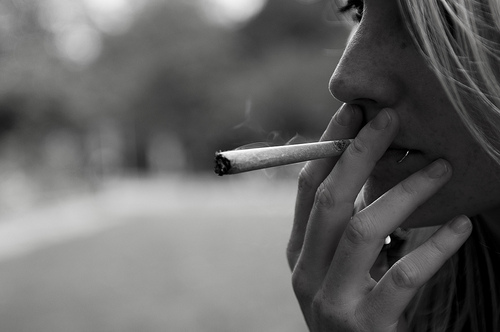 Driving under the influence of marijuana in Ohio

Driving while under the influence of a narcotic or other controlled substances such as marijuana can lead to serious legal repercussions. Marijuana has gained notoriety in the past few years with the legalization for medicinal and recreational use in some states.  Even with increased use of marijuana and legalization in some states, drivers in Ohio caught with measureable amounts of marijuana in their blood samples or urine samples will be charged with Operating a Vehicle Under the influence and could face the same jail time and fines as though they were drinking and driving.

Possession and use of marijuana in Ohio is still illegal. In Ohio, chemical tests are run on body fluid samples to determine the amount of controlled substances in your blood and urine.  The blood sample test used to determine the amount of controlled substances in your body is similar to the chemical tests conducted for alcohol.  However, unlike alcohol, if you consume a controlled substance, you don’t aspirate it and no Breathalyzer test will show the amount consumed.  This means that more likely than not, an officer will take you back to the station or the hospital for chemical testing should he or she suspect you are under the influence of a drug like marijuana.  Refusal to take a chemical test can result in an administrative license suspension. It is important to hire a Columbus Ohio OVI defense attorney to help you should you find yourself charged with an OVI.  A trained attorney will know the limitations of the tests and the types of common mistakes made when collecting the samples.

An OVI defense attorney in Columbus, Ohio will outline the affirmative defenses that are available if you are charged with an OVI because of a controlled substance.  It is a defense to produce a valid prescription issued and signed by a licensed health professional to show that you are taking the controlled substance at the direction of a professional.  Although this will allow for the operation of a vehicle within the lower limits of the test, if the concentration of controlled substance is abnormally high, and the type of driving reckless, even a prescription will not act as an affirmative defense.  Having a valid prescription would be a crucial bit of evidence to present to the prosecutor, but may require expert testimony to corroborate the evidence. Remember, medical marijuana is not legal in Ohio, but others may travel from out of state after smoking marijuana out of state.  If the chemical tests show that there is a higher concentration in your system than proscribed, you may not be able to claim the prescription as an affirmative defense.  A Columbus Ohio DUI defense attorney will be able to provide you with the guidance you need when tackling these types of issues.

Drivers who may have smoked marijuana previously can test positive for marijuana even while not under the influence of marijuana.  Those who are found to have the marijuana metabolite present in their blood (greater than 2ng) or urine (greater than 10ng) will be presumed to be driving under the influence.  Hiring the right OVI defense attorney will help to review the tests run by the officers and lab technicians for any mistakes made.  Finding the right mistakes can result in getting your positive test being inadmissible, meaning they cannot use the test against you.

In addition to chemical tests that accompany a traffic stop where controlled substances are in question, any controlled substance you have in your possession during the stop bolsters the officer’s evidence against you.  This means any marijuana in your possession will be used as evidence toward your OVI. If you are caught driving under the influence of a controlled substance, it is important to get legal representation right away.  Hiring a Columbus, Ohio DUI defense attorney to represent you in this matter is important.  Not only will an attorney focused in OVI/DUI defense understand the severity of the matter, but they will also understand the best strategies and tactics to defend your case.

If you or someone you know has been charged with driving under the influence of a controlled substance like marijuana, it is important to hire an attorney to represent you in court.  Due to the complexities of defending against an OVU/DUI charge, you should consult with an experienced DUI defense attorney in Columbus Ohio.  For a free consultation call The Maher Law Firm at 614-205-2208 today.