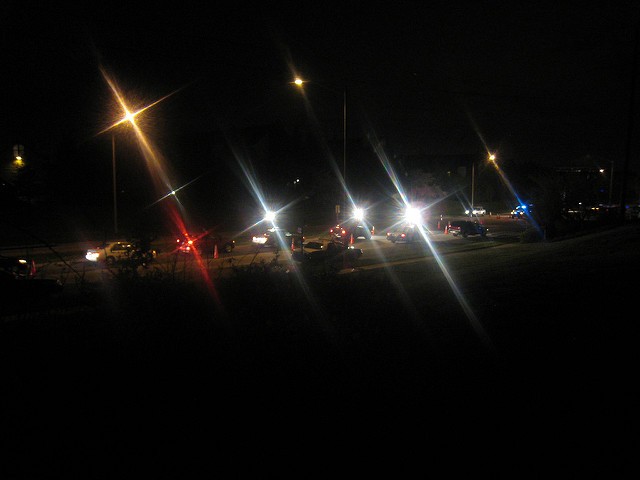 What Officers Are Looking for During a Checkpoint

Every driver is likely to encounter a drunk and drugged driving checkpoint at some point. People who see a checkpoint in time, or who know about one in advance (checkpoints must be announced), can legally take a route around a DUI checkpoint. Once a person enters the cones, however, it becomes a criminal offense to refuse to stop and hand over one’s license, registration, and proof of insurance.

People who have not been drinking or using drugs can get charged with DUI, which Ohio state statutes call operating a vehicle while intoxicated (OVI), due to mistakes made by both law enforcement officers and drivers. Knowing what local police and state troopers look for at DUI checkpoints can help a driver pass through without raising unfounded suspicions.

Rolling past an officer who asks you to stop, refusing to hand over requested documents, staying in your vehicle when asked to step out, and failing to carry out all the instructions for a field sobriety test you have agreed to do will raise suspicions that you are drunk or stoned. Even if no OVI charge is filed, you could be cited for failing to comply with lawful orders.

Law enforcement officers do not need search warrants to look through a vehicle’s windows. Transporting any open container of alcohol, a pipe, a pill bottle, a loaded firearm, or even a long knife can get you charged with alcohol and weapons offenses. Plus, an officer who spots any of those items will also ask everyone in the car or truck to step out and submit to a pat down.

Does the name you give match the one on the driver’s license, vehicle registration, and proof of insurance?

Police always check for false identities, counterfeit documents, and evidence that the individuals they are talking to are being less than truthful. At a DUI checkpoint, mismatches between what a driver says and what a license, registration, and insurance card show raise many red flags for law enforcement officers.

Do you or the vehicle smell of alcohol or smoke?

Detecting the distinctive smell of beer, liquor, marijuana, and most smoked drugs will automatically make a police officer or state trooper suspect a driver of OVI. This will be true even if one or more passenger has been drinking or using drugs but the driver has not.

Are you slurring or giving confused answers?

Law enforcement officers are trained to listen closely for signs of intoxication. This makes DUI checkpoints risky for individuals with speech impediments, hearing loss, or recent dental work. It is also the primary reason Columbus Ohio DUI attorneys all recommend saying as little as possible while responding to an officer’s questions even while sober.

Are you moving slowly, dropping items, or stumbling after getting out of your vehicle?

All indications of less-than-perfect muscle control and hand-eye coordination can look like intoxication to a police officer or state trooper. This fact makes navigating DUI checkpoints a tricky proposition for any driver who has physical limitations or temporary injuries.

Are you carrying weapons or drugs on your person?

It is standard procedure to check drivers and passengers for weapons and contraband after they leave their vehicle in compliance with an officer’s order.

How well do you perform field sobriety tests?

The most-commonly administered field sobriety tests are the

While assessing your performance, a police officer or state trooper will pay attention to how well you follow instructions, how well you keep your balance, and how much you talk, what you say, and how you say it. Your Fifth Amendment rights to protect yourself against self-incrimination include the right to refuse requests to do field sobriety tests.

Is your vehicle registration and license valid and up-to-date?

If you find yourself facing an OVI charge after going through a DUI checkpoint in Columbus, consider reaching out to a Columbus Ohio DUI attorney with The Maher Law Firm. You can request a no-cost case consultation by calling 614.205.2208 or completing this contact form.