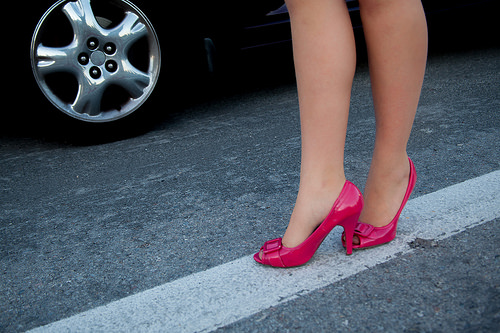 How Multiple DUIs Can Cost You

Practice makes perfect, but not when it comes to driving under the influence (DUI) also known by the updated acronym OVI – operating a vehicle while impaired. Piling up DUI offenses within a six year period can become very costly, not only in terms of defending against the charges, but in lost work, stress, and reputation.

This chart shows the potential penalties for offenses within the same six-year period.

Here’s another valuable reference that may give you an idea of the various costs involved in a DUI conviction.

A fourth or fifth DUI offense in six years or a sixth offense in twenty years is charged as a felony. Felony DUI charges carry mandatory jail or prison time, a $1,350 minimum fine plus court costs, and a mandatory driver’s license suspension of three years to life.  Any DUI can result in you being issued the restricted yellow and red license plates, which identify you to other drivers as having been convicted of a DUI offense.

But this only tells a portion of the “What Does It Costs” story. All-in, first offense DUI costs can be between $7,000 and $16,000.  Costs of mounting a defense increase with each offense, in addition to increasing fines.

One of the lasting and most expensive effects of a DUI conviction will be seen in your rising insurance rates. Provided your insurance company does not drop you altogether, your insurance rates could be double or even triple that of the average driver.  When added to the embarrassment and humiliation of multiple DUI arrests, the mounting costs of protecting your future from your past may be extremly high.

Do You Need a DUI Attorney in Columbus, Ohio?

If you’ve been charged with an alcohol-related offense, don’t allow the deck to continue to be stacked against you. You need the representation of a skilled attorney who can help you navigate the treacherous legal landscape. Call The Maher Law Firm today for a free consultation at 614-205-2208 or contact us online.