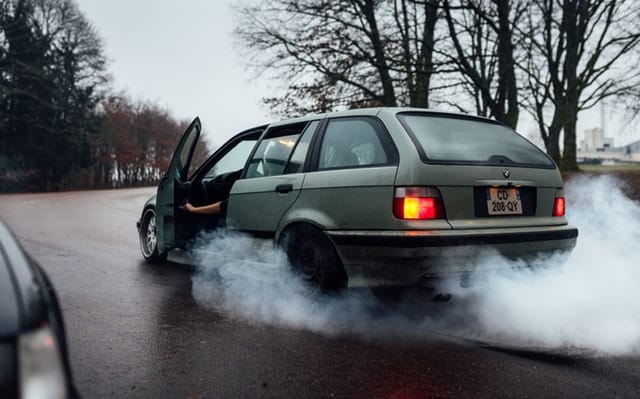 Leaving the Scene of an Accident in Ohio

Leaving the scene of an accident in Ohio before reporting the collision, helping or calling 911 for injured people, and speaking with police is more than a traffic violation. Local police officers and state troopers consider hit and run a crime as well as a traffic violation. Importantly, the official state statute, section 4549.02 of the Ohio Revised Code, applies to both the driver who caused the crash and the drivers of every other vehicle involved.

Can You Lose Your License For Leaving The Scene of An Accident?

When a car, truck, motorcycle, bicycle, or pedestrian crash happens on a public road, a public highway, or on private property, each driver involved in the wreck has legal duties to alert police and, when warranted, call emergency medical personnel. Once law enforcement arrives, each driver must share his or her name, address and insurance information. People who were driving vehicles they do not own must also share the owners’ names and address, as well as the vehicles’ registration numbers. Hit and Run in Ohio: What You Need to Know

Be aware that uninsured drivers will typically be ticketed and have their licenses suspended until they can provide proof of coverage to the Ohio Bureau of Motor Vehicle. This does not make lack of an insurance a valid reason for leaving the scene of an accident. In fact, police will be more than happy to charge a driver for hit and run.

Also, Ohio has a Good Samaritan law that protects people from lawsuits if they attempt to offer first aid following a crash. Doing what one can do to stop bleeding and make an injured person comfortable until EMTs arrive is encouraged.

When a crash involves an unoccupied vehicle, a building, or a structure, the at-fault driver must try to locate and notify the driver of the other vehicle or the owner or manager of the building. Leaving a note with contact information on a parked vehicle is allowed. A driver should be sure to slip the note under a windshield wiper blade so it does not blow away.

When a building owner or manager cannot be found, the at-fault driver has 24 hours from the time of the crash to self-report the incident to local police. Failing to report a crash in a timely manner is a separately chargeable offense.

Penalties for Leaving The Scene of An Accident

Penalties for leaving the scene of an accident range from fines and a license suspension when only property damage occurs to years in jail when the fleeing driver causes a death. Note here that police have become very skilled in tracking down and arresting suspected hit and run drivers. They check auto body shops for vehicles with suspicious damage, collect vehicle debris from crash sites and match serial numbers to vehicle identification numbers, and make extensive use of footage from the ever-growing number of security and traffic cameras.

Colin Maher of the Columbus, Ohio-based Maher Law Firm offers free phone consultations on hit and run cases and all other alleged traffic violations. You can stalk to him now by calling him at (614) 205-2208 or by connecting with Colin online.