What to Expect at a DUI Hearing 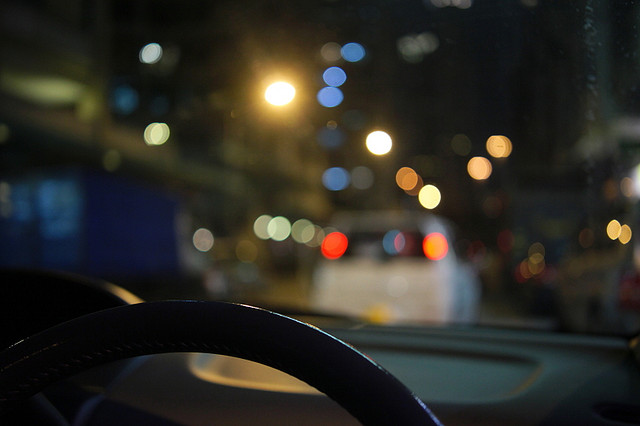 What to Expect at a DUI Hearing

Defending a DUI charge isn’t a one-step process—rather, it is a series of important appearances in court that will determine the outcome of your case.  The different stages include arrest, arraignment, pretrial hearing, motion hearings, trial, and sentencing.  Having an attorney with you during all of these appearances will help prepare you for the best DUI defense possible.

If you are stopped by an officer and given a ticket or arrested, your next appearance in court will be your arraignment.  An arraignment is a chance for you to hear the formal charges against you and to enter your plea.  Additional steps that follow require meeting procedural deadlines.  It is important to talk to a DUI attorney immediately after being charged.  This will help establish early defenses in the case making sure you are not missing any important deadlines.  Missing a deadline can mean you are waiving certain ways to defend against the charges. With a DUI lawyer by your side, these steps will not seem as frightening.

During your initial appearance, a judge will inform you of the charges against you.  At this time, it is often advised to enter a plea of not guilty and appeal your administrative license suspension if you have one.  Having an experienced DUI attorney with you during these proceedings will help preserve all of your rights.  They should know the current laws regarding administrative license suspensions and arraignment procedures.

Pretrial hearings are used to assist in the investigative process and negotiations. This step provides both sides with an opportunity to address the charges and communicate any concerns or weaknesses with the case.  The prosecution may have a chance to evaluate the case and offer a plea bargain at this stage.  Hiring an OVI attorney in Delaware, Ohio will help you be fully informed when considering any plea offers made. At your pretrial, you may have the chance to come to a reasonable resolution with the help of an experienced attorney.

Motion hearings allow attorneys to examine the evidence collected and to determine if it will be admissible in a trial.  These hearings provide a glimpse into how things will unravel down the line.  Having a knowledgeable attorney at this stage is vital because an OVI lawyer will know what evidence is admissible for the OVI charges and what evidence should be thrown out.  When evidence is found inadmissible, it weakens the prosecutor’s case.  At this step, the state may decide to drastically reduce or even drop the charges.  Again, hiring a knowledgeable attorney to help during this step of the process will ensure your rights are preserved.

If your case is not resolved at the motion hearing, it will be set for a trial.  Your case may be tried by a judge or by a jury depending on the type of charge and the penalties you face.  As mentioned, the prosecution will present evidence that has survived the motions hearing.  The arresting officer will be called to testify and to recount the events that led to your arrest.  Having a Delaware, Ohio OVI attorney to prepare you for trial is essential.  They have the requisite experience to know what questions to ask to strengthen the defense and what questions to avoid.  The prosecution will first present their evidence and the defense will be able to cross-examine any witnesses.  The defense attorney will then decide what additional evidence they wish the judge and jury to hear.  Then the judge or jury will deliberate and return a verdict.  Finding the right attorney to represent you ensures your rights will be protected during each stage of the process.

If you plead to lesser charges or have been found guilty, you will be sentenced immediately or during a separate court hearing upon request.  The sentence will vary depending on the associated charges, the facts of the case, and the mandatory sentencing laws in Ohio.  Any prior DUI/OVI charges will also play a role in the sentencing hearing.  Fines, community service, license suspensions, restitution, probation, mandatory programs, and counseling are all possible outcomes of the sentencing hearing.  Finding the right Delaware, Ohio OVI attorney is key to lessoning the stress of a trial and sentencing.  Each case is unique, but with knowledgeable attorneys who focus on DUI/OVI law, you stand a fighting chance against the charges.

It is important to remember that through each of these steps, your attorney is the one person on your side.  When you interact with various courtroom employees, you need to remember that they are not your friends.  Having an attorney represent you at the various stages of the process will help ensure that you only answer the questions required by law and that you don’t provide any additional evidence against yourself.  If you were recently arrested and have questions or concerns about the DUI hearing process, don’t hesitate to contact a DUI lawyer in Delaware, Ohio.  How your case is handled is extremely important.