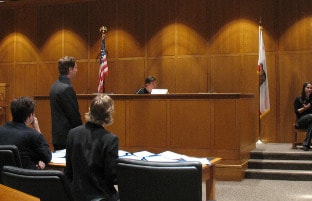 Do You Lose Your License When You Are Convicted for a DUI for the First Time?

Yes, the sentence for a first-time conviction for driving under the influence of alcohol or drugs in Ohio includes a license suspension. The standard penalty is a 12-month suspension and no driving privileges for 15 days. A judge has the authority to extend the suspension to as much as 36 months, and also to extend the total ban on driving.  Driving privileges are at the complete discretion of the judge.  He or she can decide not to let you drive for the entire length of your suspension.

One of the main reasons to hire an Ohio DUI license suspension attorney to help fight a conviction for the offense state statutes call operating a vehicle while intoxicated (OVI) is to keep your ability to drive to work, school, doctors appointments, etc. Since a suspension for DUI/OVI covers both the offender’s personal license and commercial driver’s license, losing a job that requires driving a company vehicle can be a consequence of getting convicted for drunk or drugged driving.

What Are Driving Privileges?

Keeping a license in good standing allows a driver in Ohio to drive anywhere at any time. CDLs come with certain restrictions related to the type of vehicle, but the principle still applies. For instance, holding a Class C certification allows a bus driver to drive any bus anywhere.

Once a person has his or her license suspended due to a DUI/OVI conviction, a test sample over the legal limit, or a refusal to test, he or she must refrain from driving any vehicle at all for at least 15 days.  Once the total ban on driving expires, the person under sentence can have limited personal driving privileges reinstated. Those privileges are typically limited to driving to and from work, going to health appointments, keeping court dates, and going to court ordered treatment.

No commercial driving privileges can be granted meaning a drunk or drugged driving conviction prevents the person from operating any vehicle that requires a CDL for the entire suspension period (1 to 3 years on a first conviction).

A person who gets arrested and charged with DUI/OVI can lose his or her driver’s license without even appearing before a judge.

In Ohio, the legal limits for BAC are .08 for adults older than 21 and .02 for drivers under 21. Commercial drivers cannot operate legally with a BAC of greater than .04.

Ohio also screens individuals who are suspected of driving under the influence of drugs for the use of amphetamines, cocaine, heroin, LSD, marijuana, methamphetamine, PCP, and salvia.

Contacting a Columbus Ohio DUI attorney as soon as possible after learning that your license will be suspended allows you to appeal the suspension and often even pause the suspension while the case is pending. Such an appeal must be filed within 30 days, and an appeal to avoid a CDL  disqualification must go through a special hearing process conducted by the Bureau of Motor Vehicles instead of a county court.

If you need advice or representation from a drunk and drugged driving defense lawyer in Columbus, Ohio who knows the ins and outs of license suspensions, call The Maher Law Firm at (614) 205-2208 now. Our Columbus, Ohio based DUI attorney offers free phone consultations on all DUI/OVI cases.  You may also contact us online through this contact form.