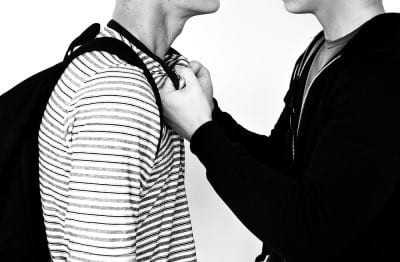 Can I Go to Jail for Simple Assault Charges in Ohio?

Yes, you can go to jail for simple assault charges in Ohio. Avoiding that penalty is possible by proving your innocence or reaching a plea deal to a lesser offense.

Although state law does not contain the term “simple assault,” the offense is recognized by police, prosecutors and judges as one type of criminal activity. Basically, getting charged with simple assault indicates that police believe the accused individual did at least one of the following things:

State law classifies simple assault as a misdemeanor of the first degree. While there is no minimum sentence for simple assault charges in Ohio, the maximum statutory penalties for this highest-level misdemeanor is up to 180 days in jail and a criminal fine of as much as $1,000.

In addition to assessing a fine and imposing jail time for simple assault charges, a judge can order the payment of restitution to the victim of the assault and assess court and administrative costs. The restitution in a simple assault case would reimburse the victim for medical care, lost wages and the repair or replacement of damaged property.

Anyone charged with committing simple assault in Ohio must appear in court at least twice – once to hear the official charge and enter a plea, then again to receive his or her sentence. Pleading innocent at that first arraignment hearing lets the defendant mount a defense and explore the possibility of pleading guilty to a lesser offense that carries a lighter sentence.

Self-defense and mistaken identity are absolute defenses against all types of assault charges in Ohio. Courts cannot deny individuals the right to protect themselves from injury, nor should judges convict a person who was not involved in criminal activity.

Both of these possible absolute defenses are frequently in play because police often detain multiple people when responding to reports of assaults in progress. Determining who started a fight or acted as the aggressor can be difficult. Mistakenly charging a victim or bystander with simple assault happens all the time.

When seeking a plea deal makes more sense than fighting an Ohio simple assault charge all the way to a judge’s decision, confessing to disorderly conduct ensures there will be no jail time. That charge can cover shouting matches, physical confrontations, and altercations. Nearly every disorderly conduct case is prosecuted as a minor misdemeanor that is punishable by only a fine that will not exceed $150. Court costs and restitution may also be assessed.

Contact our Attorneys for Simple Assault Charges in Ohio

If you have additional questions about assault charges in Ohio or need help with a case, connect with Colin Maher of the Maher Law Firm. He offers free consultations to criminal defendants in Columbus and Franklin County. He takes appointments online and over the phone at (614) 205-2898.