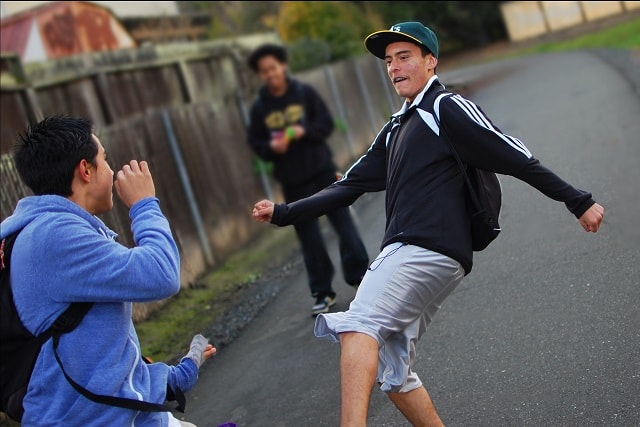 Consequences of Disorderly Conduct in Ohio

The criminal consequences of disorderly conduct in Ohio can be severe in relation to the actual offense. The law is also quite broadly written and interpreted.

The state laws of Ohio stipulate that disorderly conduct will be prosecuted as a minor misdemeanor unless the following circumstances aggravate the alleged offense:

What Constitutes Disorderly Conduct in Ohio?

The Ohio Revised Code defines disorderly conduct as an action that will “recklessly cause inconvenience, annoyance, or alarm to another.” O.R.C. 2917.11 goes on to list specific activities police, prosecutors, and judges should consider disorderly. The Ohio statute list the following behavior:

A second set of actions taken “while voluntarily intoxicated” in public or in the presence of two or more people can also result in charges and convictions for disorderly conduct in Ohio. Those are:

A sample of actions that can lead to an arrest and charge for disorderly conduct, drunk or sober, includes

Looking at these long lists of criminal behavior, you can understand why disorderly conduct is one of the most common offenses. It is also easy to see why so many juveniles find themselves facing the possibility of criminal charges. An argument with a schoolmate or sneaking a couple of beers as teenagers and young adults do can result in an arrest. That arrest can then trigger further adverse consequences like expulsion or loss of scholarships.

What Is the Punishment for Disorderly Conduct in Ohio?

Except when certain facts exist, disorderly conduct in Ohio is prosecuted as minor misdemeanor. That means the only potential penalty in court will be a fine of up to $150, court costs, and community service.

Disorderly conduct becomes a misdemeanor of the fourth degree when the alleged disturbing or harmful actions occurs:

So-called “persistent disorderly conduct” is prosecuted a fourth-degree misdemeanor. A person is considered to be persistently disorderly after he or she is warned to stop the disorderly behavior.

A conviction or guilty plea for a fourth-degree misdemeanor can result in penalties of up to 30 days in jail, fines totaling $250, and 200 hours of community service. House arrest, probation, substance abuse counseling/treatment, and use of a monitoring ankle bracelet, in some combination, are also possible penalties.

The statute states that the behavior must be “reckless” and cause “inconvenience, annoyance, or alarm to another.” Those may seem like high bars of evidence to clear until one realizes that state law provides no objective standards for defining recklessness or inconvenience. Depending on what law enforcement officers and members of the public consider disorderly at a given time and in a given place, protest marches, acting erratically at a crime or crash scene, behaving in a distraught manner in a hospital, and attending a loud party can all be cited and prosecuted as disorderly conduct. So can joking around with friends in a parking lot and responding to another person’s aggressive behavior.

How Does a Defense Attorney Handle a Disorderly Conduct Case?

Even with its multiple lists, Ohio’s disorderly conduct statute leaves the decision to make arrests, file charges, and pursue convictions as matters of interpretation. For instance, O.R.C. 2917.11 states that the allegedly criminal action must be taken “recklessly” or in a manner that a sober person “of ordinary sensibilities” would understand the behavior to be problematic.

The law does not define recklessness, ordinary sensibility or even key terms like inconvenience or annoyance. Does engaging in political protests meet the threshold? How about joking loudly with friends in a parking lot? Acting erratically at a crime scene? Hosting a loud party? Confronting a rude or dismissive ER doctor?

Personal decisions made by individual police officers determine nearly everything about whether a person ends up in custody and facing a criminal charge for disorderly conduct. An experienced disorderly conduct defense attorney will investigate every aspect of the case, question the judgments of the arresting officer, and interview witnesses.