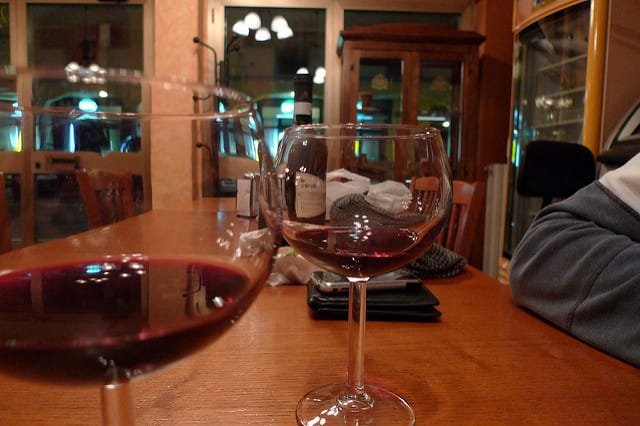 What Should You Do if You Get Arrested While Driving After Having a Couple Drinks?

You literally had two glasses of wine with dinner. And now you find yourself in police custody. Don’t panic.

Even though you may eventually find yourself charged with operating a vehicle while intoxicated (OVI), you must keep in mind that you can defend yourself against a conviction with the help of a Columbus, Ohio, drunk driving lawyer. Part of the defense may rest on what police officers did and said while questioning you, conducting sobriety tests, and processing you after an official arrest. So pay attention and take mental notes.

It May Not Be About Driving Drunk

Another reason to stay calm is that you might only face charges for allegedly committing a traffic violation. You might get charged with something completely unrelated to driving, or you may have been brought in on an outstanding warrant for, say, falling behind on child support payments.

Do not give officers reasons to suspect you are more intoxicated than you are, especially if you think that your nervousness during the traffic stop or at the DUI checkpoint made you clumsy and talkative and raised the officer’s concerns about how much you had to drink.

In short, several things may be happening. While you do not want to deal with any of the possible situations, you can protect yourself from even worse outcomes by keeping cool, saying as little as possible, and acting respectfully.

Do Not Incriminate Yourself

Exercise your Fifth Amendment right to remain mostly silent. For instance, it is fine to ask why the police brought you to a hospital for breath, blood, and/or urine testing or to a station for questioning or processing. It is not a good idea to start a full-blown, shouting argument with law enforcement officials.

If an officer asks you how many beers you drank, it is smart to say nothing or “I prefer not to answer.” It is not smart to insist the officer has no right to ask. Nor should you ever yell about how you intend to sue everyone in sight for false arrest.

Reach Out to a Drunk Driving Defense Attorney

You can request to call a Columbus drunk driving lawyer at any point after an officer pulls you over or comes up to you at a DUI checkpoint.

Speaking with a lawyer who handles OVI cases will allow taking advice on whether to submit to drug and alcohol testing. It will also give you an attorney to represent you at an arraignment if you do wind up being charged.

If you have truly consumed very little alcohol, the breath, blood, and urine samples will show that. Since Ohio allows drivers to operate their own personal vehicles when they have a blood alcohol concentration of less than .08, a low test result lessens the likelihood of an OVI charge. Arguing and showing disrespect, however, increase the likelihood of an OVI charge because officers can consider your behavior when assessing your degree of intoxication.

You can learn more by calling a drunk driving lawyer in the Columbus, Ohio, offices of The Maher Law Firm. Call us at (614) 205-2208 or connect with us online.