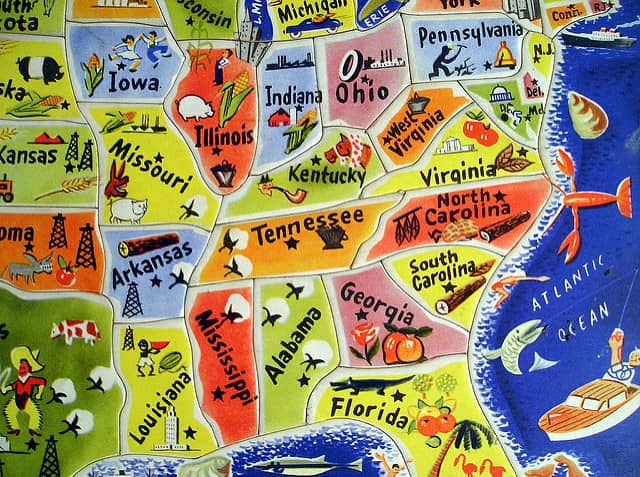 What Happens if I Get a DUI Outside of Ohio?

Getting convicted of driving under the influence of alcohol or drugs anywhere in the United States brings serious legal and financial consequences. The location does matter to some extent, however, because each state has its own laws and penalties for the offense Ohio statutes call operating a vehicle while intoxicated, or OVI.

Expect to Use Different Terminology

The most immediate difference among drunk and drugged driving laws is the words used to name the alleged offense. Michigan, for instance, opts for operating while intoxicated, or OWI. Kentucky uses DUI, like most people regardless of where they live.

Whatever words police, prosecutors, and judges use, the charge is serious.

No state treats people convicted of DUI/OVI/DWI leniently. Even first offenses can result in mandatory jail time and hundreds of dollars in criminal fines and court costs. A typical sentence can also mean paying more than a thousand dollars for required driver education courses and addiction assessment and treatment.

Every state also imposes driver’s license suspensions for drunk and drugged driving convictions. Losing full driving privileges for six months to a year after a first conviction is standard everywhere, and many states join Ohio in applying the suspension to a person’s own license and commercial driver’s license at the same time.

For a sense of what can happen in Ohio, check out this brief summary of DUI penalties in Ohio.

Since they are prosecuted under the laws of the state where the offenses occur, penalties for drunk or drugged driving are also imposed in specific states. This means that an Ohio OVI sentence must be severed in Ohio, and a Michigan OWI sentence must be serve in Michigan. And so on.

If an Ohio resident gets convicted of DUI in Kentucky, he or she will have to spend time in a Kentucky jail or confirm to Kentucky authorities that all the terms of a house arrest or probation are being met. Court-ordered classes must also be completed in the state where the order is handed down (unless a similar course is offered and acceptable to the court), and fines and fees must be paid to the state, county, or city that has jurisdiction over the sentenced driver’s case.

Know That a License Suspension Will Be Enforced in Every State

The one penalty for DUI/OVI/DWI that gets enforced everywhere without fail is the license suspension. Law enforcement officials maintain an interstate database that allows them to check whether a driver they stop for any reason has a valid license. This means getting pulled over under suspicion of speeding in Ohio can result in much worse trouble if a West Virginia judge has suspended the driver’s license for DUI.

Recognize How a Columbus Ohio OVI Defense Attorney Can Help You

Fighting a DUI/OVI conviction with the help of a defense attorney who practices in the city and state where the charge was issued is the best way to avoid harsh penalties. If you are charged with an OVI in Columbus Ohio, though, a local drunk and drugged driving attorney can offer valuable information and advice. An experienced lawyer close to where you were charged will know the law and and the local practices and procedures.

If you need representation for fighting DUI penalties in Columbus Ohio, consider a no-cost consultation with The Maher Law Firm. You can contact us online or by phone at (614) 205-2208.