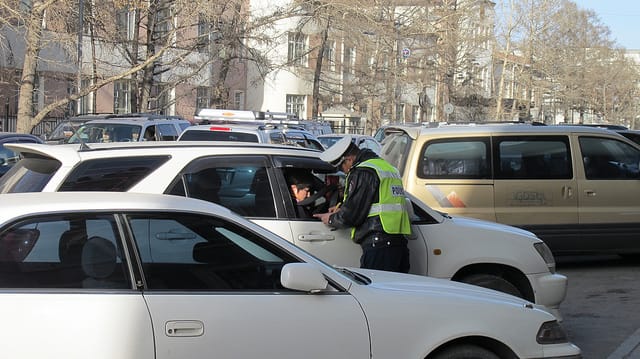 Tips on How To Read Your Traffic Ticket

Start reading an Ohio traffic ticket at the bottom. The last line on the standard form indicates whether you need to appear in court to answer to the alleged offense or accept a sentence for a guilty plea. If the police officer or state trooper who issued you the ticket checked YES to the question “Personal Appearance Required,” you need to go before a judge.

Ohio considers most of these criminal offenses that are punishable by jail sentences in addition to fines. If you are ordered to appear in court and face incarceration in Franklin County, you will benefit from consulting with a Columbus traffic lawyer who can talk you through possible defenses and represent you before the judge.

Check the Date and Decide Whether to Request a Trial

After determining whether you must go to trial, look at the top of your Ohio traffic ticket to check the date on which it was issued. You have 30 days from that date to either sign the citation and return it with payment or to request a court hearing. You have a right to contest any alleged offense, and you also have the right to be represented by a traffic lawyer.

You must reply by the 30-day deadline, however. If you wait too long, you can have a default guilty verdict entered and face additional fines and penalties for ignoring a summons. Also, if you request a court trial, you must appear on the assigned date or be subject to arrest. The Most Common Traffic Tickets

Figure Out Exactly Which Traffic Violations You Allegedly Committed

The middle of the Ohio traffic ticket form is divided into the following sections:

Be aware that officers can, and often do, list more than one charge on a ticket. You can choose which charges to contend and which to simply plead to and pay for.

Glance Over the Recordkeeping Section

A series of checkboxes for recordkeeping and data-reporting purposes appears after the Other boxes. Police and state officials use the information to assess road safety and other matters. Some of the details may factor into your traffic ticket defense or insurance filings, but it is not as important as the alleged offenses.

A line near the bottom of the Ohio ticket form is reserved for a Crash Report Number. This line will only be filled in if you received your ticket for allegedly causing a wreck. Use the number to obtain information about the crash investigation, and report the number to your auto insurance company. You must report all crashes to your insurer or risk losing coverage.

Do Not Ignore the Officer’s Comments

Officers do not need to fill in this final section of the ticket form. When the officer does make remarks, however, the information can be used to support a conviction or bolster a defense. If you hire a traffic ticket defense attorney, make sure to share the completely filled-out form with him or her so your lawyer will have as much information as possible to use on your behalf.

The Columbus traffic ticket lawyers with the Maher Law Firm have helped drivers in every court throughout Franklin County. If you have questions or need representation, call us at (614) 205-2208 or request a free phone consultation online.