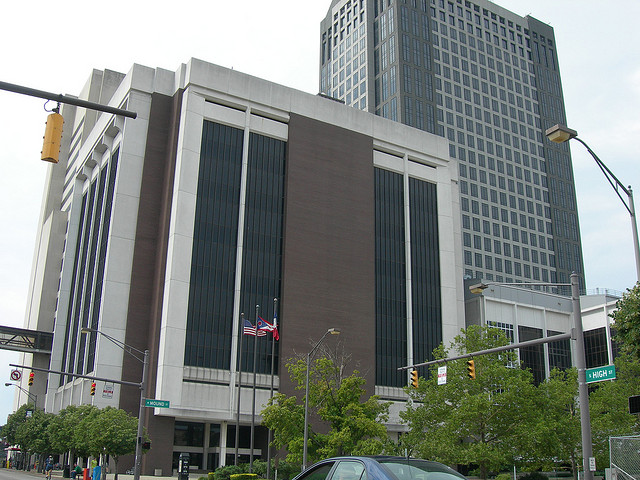 Phases of an Ohio DUI Case

The typical DUI case will follow a specific path.  Finding the right attorney to advocate for your rights on this path is important.  Not only will any resulting consequences of a conviction affect your driver’s license, but you may also be required to disclose the conviction to your employer.  With all the consequences that could come from a conviction, it is important to fully understand the process and what types of steps you can take at different stages to preserve your rights.  Work with an attorney to preserve your rights.

An officer will likely stop you at a traffic stop, or at a roadblock and administer sobriety tests.  These tests are meant to bolster the suspicion that you are impaired.  If the officer believes that you are driving under the influence, he or she will place you under arrest and take you to the station for processing.  After you are charged, you should have an opportunity to contact a DUI attorney in Central Ohio.  DUI lawyers encourage all those charged to exercise their right to representation.  Having an attorney at the beginning of the OVI/ DUI case will be beneficial in the long run, as your attorney will have extended time to advocate for and preserve your rights.

After you are arrested, charged, and have called your attorney, you will come before a judge or magistrate for your arraignment.  An arraignment will likely be your first appearance in front of a judge or magistrate.  At this point in the process, you will hear the charges against you in addition to other matters.  Generally at this stage you will have your first chance to speak to your defense and address several common concerns about the arrest and your specific situation.  Do not discuss the facts of your case! Everything is being recorded and will be used against you.  Working closely with a Central Ohio DUI lawyer is important, as they will have the prior knowledge and background to raise the proper defenses and help advocate for your rights.

Additional proceedings such as pretrial hearings and motions hearings will follow.   At these hearings, you and your attorney will be able to present evidence to contest the charges before you.  The strengths and weaknesses of each side of the case may be further revealed.  Motions hearings are an opportunity for your attorney to ask for certain evidence against you to be dismissed for lack of admissibility.  This means that either the evidence presented was not properly taken, or the evidence lacks sufficient credibility to be presented in a case against you.  Again, work with an attorney to better understand how to use these hearings to present a strong defense against your DUI charge.

If the prosecutor has gathered enough evidence to present to a trial judge or jury, you will have a hearing date set and told to appear on that date.  Depending on the penalties, you and your attorney may wish to have a jury trial.  At a trial, questions of law are presented to the judge for his or her decision, and questions of fact are presented to the jury.  Both the prosecutor and defense will have an opportunity to present evidence, witness testimony, and give opening and closing statements.  Once both sides have presented, the judge or jury will decide if guilt has been proven beyond a reasonable doubt.  Remember that in a court of law, you are presumed innocent until proven guilty.  Working with a skilled Central Ohio DUI lawyer can help to organize your case and act as an advocate to present a strong defense to the charges.

If you have entered a plea at some point during the process, or are convicted of a DUI, you will then be sentenced.  Your sentence will vary depending on your agreement and the charges associated with the DUI.  Generally the judge who hands down your sentence will take into account prior convictions when determining what penalties or fines are due to the court.  Fines, jail time, community service, license suspensions, and mandatory programs are among some of the punishments that can be handed down by the judge.  It is important to follow each condition of your sentencing, as any failure to comply may result in further and often harsher penalties.  Work with a DUI lawyer in Central Ohio to help you better understand how the process may differ in your specific situation.

If you were recently arrested or have questions regarding your specific situation and your rights, contact us today.  The Maher Law Firm has worked hard to provide representation to those facing DUI charges throughout Central Ohio.  When you are in a tight spot, you want a DUI lawyer in Central Ohio who will advocate for your rights.  Call us at 614-205-2208, or contact us online for your free consultation.