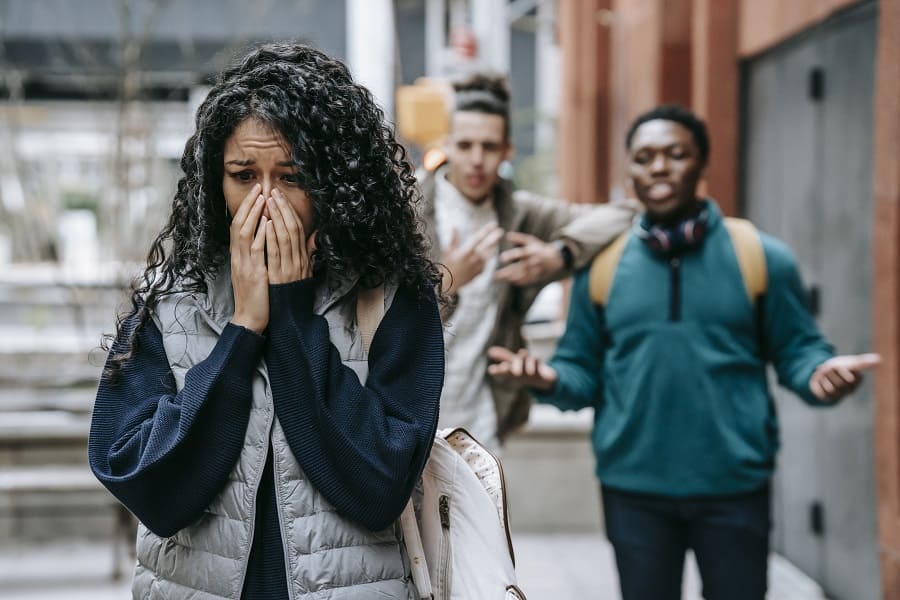 Is verbal assault a crime in Ohio?

Being charged with assault of any type can be a major concern. Facing an assault charge after a verbal altercation can bring extra confusion, especially if it is not something you are familiar with.

Below we answer a few questions related to verbal assault-type crimes in Ohio.

Is Verbal Assault a Crime in Ohio?

This kind of verbal assault can be based on “words or conduct of the offender” that are directed at or identify an organization, corporation, or any kind of association that the other person is employed by or that they belong to.

In the simplest terms, menacing and verbal assault refers to verbal threats of harm regardless of the intention to carry out said threats.

In Ohio, menacing is considered a fourth-degree misdemeanor.

A fourth degree misdemeanor in Ohio can result in the following penalties:

To read more on misdemeanor penalties in Ohio, see our page here.

Is Racist Verbal Assault a Crime?

As previously discussed, verbal assault is considered a crime in Ohio. That can also include racist verbal assaults where another person believes that the offender will cause physical harm to the person, their property, or their immediate family.

Verbal assault that is racially motivated can also be considered ethnic intimidation according to Section 2927.12 of the ORC. This section lays out that an individual violates Section 2903.22 (see above) by “reason of the race, color, religion, or national origin of another person or group of persons” is subject to increased penalties i.e. misdemeanor of the fourth degree becomes a misdemeanor of the third degree.

Is Verbal Assault on a Cop a Crime?

Under Ohio law, assault in general that involves a “peace officer or an investigator of the bureau of criminal identification and investigation” will be considered a fourth degree felony.

Being charged with either a misdemeanor or felony can be concerning, especially when the penalties associated with these charges can be life-changing.

Consulting with a Columbus criminal defense attorney can be beneficial as they can help show your innocence, provide insight into your situation, and help you understand the law surrounding assault.

What Should I do if I am Accused of Verbal Assault?

If you are accused of verbal assault or menacing, it’s important to understand right away that it is a serious matter. Since verbal assault is considered a fourth-degree misdemeanor in Ohio, you should not take this accusation lightly.

Reach Out to an Experienced Ohio Criminal Defense Attorney

Here at The Maher Law Firm, Colin Maher has over ten years of experience handling a wide range of criminal and traffic cases throughout central Ohio including DUI, domestic violence, weapons offenses, and assault charges. Treating each case with priority and care, Colin is here to help.

Reach out today for a free and confidential phone consultation at 614-205-2208 or by filling out our online contact form.