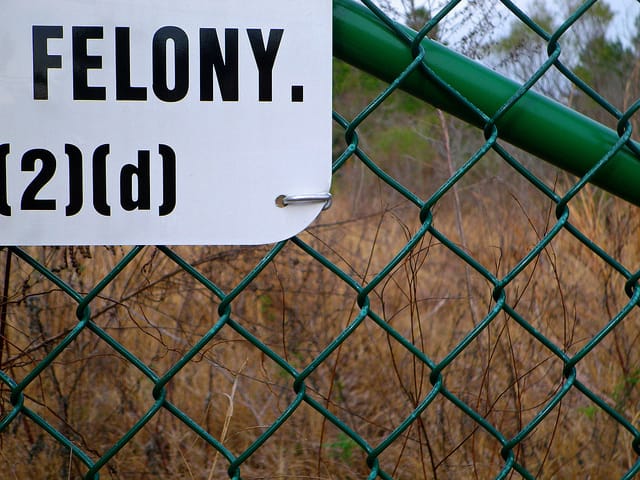 When Does a DUI Become a Felony in Ohio

Ohio police, prosecutors, and courts treat most drunk and drugged driving cases as misdemeanors. Other charges related to or filed with allegations of committing the offense that state statutes call operating a vehicle while intoxicated (OVI) are much more likely to be treated as felonies.

For instance, being found with significant amounts of illegal drugs or controlled substances like marijuana or opioid painkillers will be charged separately from OVI and normally treated as more serious crimes. Weapons offenses are often felonies, particular violations of prohibitions against transporting loaded guns. Of special concern, and directly related to OVI, being suspected of being drunk or stoned can elevate a typical misdemeanor offense like causing an injury in a car crash to a felony.

Even as misdemeanors, OVI charges can bring significant penalties that include jail time, fines and fees that exceed $10,000, and lengthy driver’s license suspensions. The sentencing guidelines judges use for OVI convictions exceed the basic penalties for other misdemeanors.

Is a DUI a Felony in Ohio?

Drunk or drugged driving does get charged as a felony when the suspect has three or more previous OVI convictions in the preceding 10 years. DUIs in other states count for charging and sentencing purposes in Ohio, and a provision of Ohio law calls for a felony OVI prosecution when a driver accumulates six or more DUI convictions anywhere in the United States over a 20-year period.

Hiring a Columbus driving under the influence lawyer to defend you against felony OVI charges is essential because the penalties for a conviction will be severe. Under guidelines updated in 2017, the judge hearing a first-time felony drunk or drugged driving case in Ohio can sentence the defendant to

The upper ranges of the allowable penalties will be used when a defendant already has a felony OVI on his or her record.

Anyone facing a felony OVI will be informed of this fact during his or her arraignment hearing. That appearance before a judge will typically happen within a day or two of arrest. Defendants can represent themselves, use a public defender, or have a defense attorney they hired for themselves at their arraignment. Selecting one’s own legal counsel at a later date is always an option no matter how the arraignment is handled.

A Columbus, Ohio, driving under the influence lawyer with The Maher Law Firm provides free consultations on all matters relating to drunk and drugged driving. You can talk to a Columbus DUI lawyer now by calling (614) 205-2208 or by completing this online contact form. We take most OVI defense cases on a flat-fee basis.