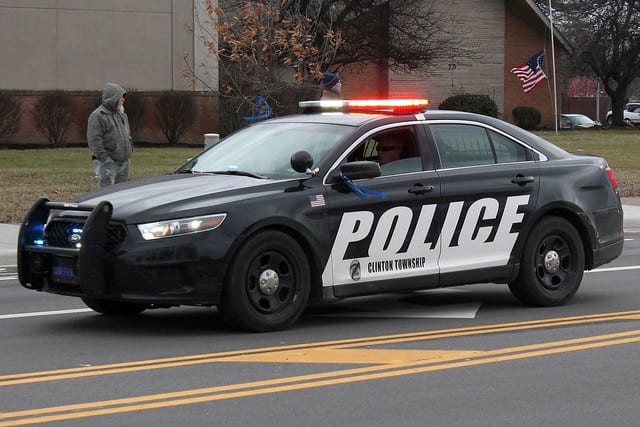 What To Do if Police Suspects Me of OVI During a Traffic Stop?

Acting appropriately during a traffic stop can reduce your risk of being taken into custody under suspicion of operating a vehicle while intoxicated (OVI). Nothing you say or do will guarantee that a police officer or state trooper will not suspect you of driving under the influence of alcohol or drugs. However, you can protect yourself from major inconveniences or criminal charges.

Based on my many years of practice as a  Columbus Ohio OVI defense attorney and traffic ticket lawyer, I can say that doing the following four things can lower a law enforcement official’s suspicion of drunk or drugged driving.

Getting pulled over triggers stress and makes some drivers angry. Controlling those natural and understandable reactions will help you take the next three steps.

Importantly, keep your hands visible at all times. Do not reach into the glove compartment for your vehicle registration and proof of insurance until explicitly asked to do so. An officer or trooper who cannot see your hands as he or she approaches your stopped vehicle will tend to think that you are hiding evidence or grabbing a weapon.

Do not get sucked into a conversation. Answer only the most basic questions in the simplest ways. Never argue.

Police officers and state troopers listen for slurred or confused speech. The less you say, the fewer opportunities you will have to misspeak.

You probably only want to exercise your right to remain silent so much. Saying absolutely nothing can be interpreted as being difficult. Silence also tends to increase tensions.

Take the edge off by responding yes or no when that will suffice. Address the official as “sir” or ma’am.” To the extent that you can, keep any overtones of sarcasm or defiance out of your voice.

Pull over in a safe spot and place your hands on the top of the steering wheel. Roll down the window all the way and retrieve your license, registration and insurance card when asked to produce those documents.

Step out of your vehicle when ordered to do so. Submit to a pat-down for weapons and drugs. If any of these actions seem inappropriate or too rough, you can file a complaint afterwards. Resisting in any way during a traffic stop greatly increases the risk of arrest.

Ohio law gives OVI suspects the right to opt-out of field sobriety tests without facing additional charges. When it comes to on-scene breath machines that are handheld, courts in Ohio do not accept results from these testing devices as valid measures of a driver’s blood alcohol concentration, but they can be used for establishing more reason to arrest you.

Strictly from a legal perspective, it does not hurt to answer no when asked to walk a straight line, stand on one leg or follow a pen light with your eyes while not moving your head.

The other reason to avoid performing field sobriety tests is that “failing” one or more of the assessments is quite easy. For instance, older and heavier people will always have difficulty maintaining balance when they put just one foot on the ground. A driver with a lazy eye will have problems tracking the movement of a penlight. Saving yourself the trouble of doing field sobriety tests also keeps an officer or trooper from citing questionable evidence as justification for an OVI arrest and charge.

If you take all the steps outlined above and still end up charged with drunk or drugged driving, consider reaching out to The Maher Law Firm. As an OVI lawyer in Franklin County with an office in Columbus, Colin Maher handles OVI defense cases throughout central Ohio. You can speak to a lawyer now by calling (614) 205-2208 or request a call back by completing this online contact form.