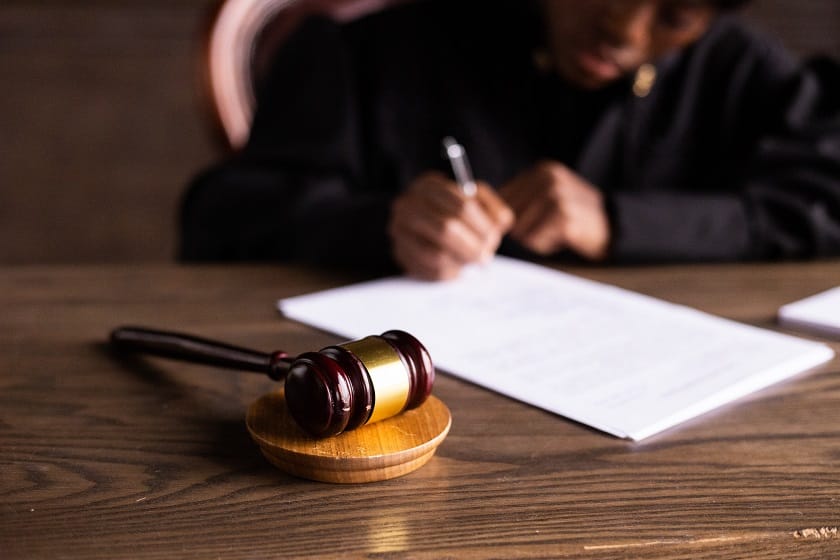 What Happens When You Turn Yourself in For a Bench Warrant?

As an individual who may know that they have a bench warrant out for their arrest, there can be a number of questions racing through your mind. From wondering about potential consequences for missing the court date that resulted in the warrant to what to do next, you might be feeling stressed.

Note: This is not legal advice. It is general information to help answer questions regarding bench warrants. Speak with a criminal defense attorney from Maher Law Firm about your specific case for advice and assistance.

What Is a Bench Warrant?

A bench warrant is a warrant that is issued by a judge under specific circumstances. If you fail to appear in court as ordered, a judge can issue a bench warrant.

A bench warrant essentially directs local law enforcement to bring you into custody. They will bring you before the court and judge to speak on why you failed to appear in court initially.

If you have failed to appear for a court date, reach out to a Columbus criminal defense attorney from The Maher Law Firm as soon as possible. We know the procedures that surround bench warrants and can assist you throughout the process.

Is It Better to Turn Yourself In For A Warrant?

If you currently have a warrant, reach out to a Columbus criminal defense attorney now.  They may be able to approach the judge to see about canceling the warrant. A new court date will then be set in this case.

How Long Do You Go To Jail For Failure To Appear?

If a bench warrant is issued for a failure to appear, you may face remaining in jail while the case is pending. The possible jail time depends on what your initial charge was, the facts surrounding the allegation, and the court’s schedule.

According to Section 2937.99 of the Ohio Revised Code, failure to appear can be a fourth degree felony if your initial charge was a felony and you were out on a recognizance bond (released upon signed promise to appear).

If your appearance in court was for a misdemeanor charge and you were out on a recognizance bond, the failure to appear can be considered a first degree misdemeanor.

Possible jail time for a fourth degree felony in Ohio is 6-18 months and 180 days for a first degree misdemeanor.

Does Turning Yourself in Reduce Your Sentence?

There is no guarantee that turning yourself in will reduce your possible sentence. Turning yourself in can indicate your willingness to resolve the bench warrant in a timely manner and that may be taken into consideration by the court, judge, and other parties involved in your case.

Before turning yourself in, consult a Columbus Ohio criminal defense attorney. They will be able to guide you through your different options in regard to your initial case and the bench warrant itself.

Reach Out to A Criminal Defense Attorney

If a bench warrant has been issued for you, you will likely wind up appearing before a judge at some point whether you turn yourself in or not. Should you decide to turn yourself in, it can be helpful to seek the advice and representation of a Columbus criminal defense lawyer.

They will be able to guide you through the process of how and where to turn yourself in, whether or not you can expect to spend time in a holding cell, and what kinds of questions you might be asked once you turn yourself in.

You can contact Columbus criminal defense attorney Colin Maher of The Maher Law Firm online or over the phone at 614-205-2208 for a free phone consultation.