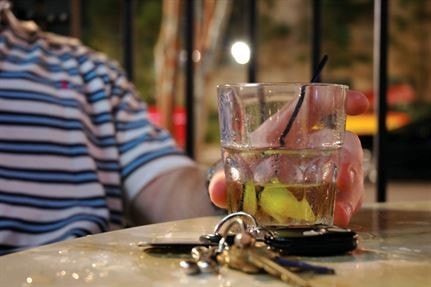 What Happens in Ohio if I Have Multiple DUIs on My Record and Get Charged Again?

Drivers in and around Columbus, Ohio, who have at least one driving under the influence conviction on their record face harsher penalties for a second, third or fourth conviction. Jail time is pretty much guaranteed if the charge is not dismissed or reduced, and fines and fees can rise into the thousands of dollars. They also risk losing their personal driver’s license and commercial driver’s license immediately upon arrest.

While hiring an experienced Franklin County attorney who knows how to prepare and deliver a defense in a multiple DUI offense case can help an accused driver avoid the harshest penalties, knowing what to expect can make getting through the process easier.

Ohio allows judges to sentence people who get convicted of operating a vehicle while intoxicated, which is what state laws call OVI or DUI, to display a specially designed offender plate. Putting a set of those bright yellow and deep red tags on his or her vehicle can make a person a ready suspect for a police officer or state trooper.

At the very least, a person displaying OVI offender plates will be asked if he or she has been drinking while waiting for a traffic ticket or while passing through a DUI checkpoint.

Be Prepared to Appeal an Administrative License Suspension

Ohio law also empowers an officer or trooper who makes an OVI arrest to automatically and instantly suspend the license of the alleged drunk or drugged driver. The so-called administrative license suspension makes it illegal for the person under penalty to drive his or her own car and any commercial vehicle.

An administrative license suspension issued in conjunction with a multiple OVI/DUI offense charge lasts at least one year. Appealing the suspension is possible, but the driver must do so within 30 days of the date on which the license was suspended or the first appearance in court.

Trying to get a CDL reinstated requires going through a hearing at the Bureau of Motor Vehicles that is completely separate from the court hearing over whether to reinstate a personal driver’s license. A Franklin County multiple DUI offenses attorney will know the rules for both processes.

Pay Close Attention to What the Officers Do and Say While Conducting the Traffic Stop, Administering Sobriety Tests and Making the Arrest

A multiple DUI offenses attorney in Franklin County uses many of the same legal strategies that work in first-offense cases.

State laws and court rules regarding the collection and use of evidence dictate what an officer must do when assessing and charging a person for driving under the influence. When an officer fails to comply with those rules, a judge can declare evidence inadmissible. When an officer completely ignores the rules, the OVI/DUI charge becomes a much weaker case for the prosecution.

Colin Maher of The Maher Law Firm annually ranks among the best drunk and drugged driving defense attorneys in Columbus and Franklin County. You can speak to him now about your multiple DUI case by calling (614) 205-2208 or filling out this online contact form.