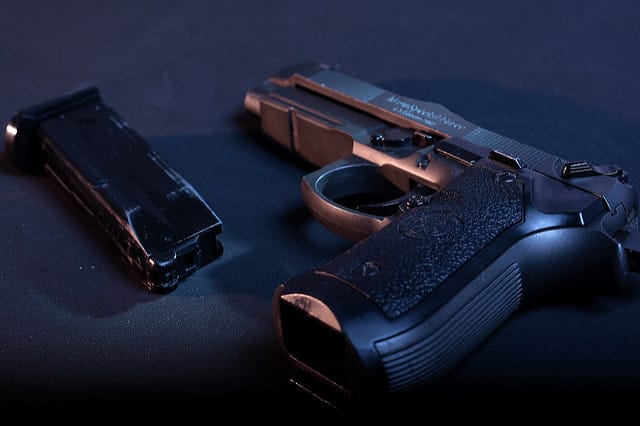 The term “weapons charge” covers a lot of alleged criminal activities. Police and courts treat each very seriously, and even just having a knife or gun within reach while allegedly committing a crime can turn a potentially bad situation much worse.

As a criminal defense attorney in Columbus, Ohio, a lawyer with The Maher Law Firm can help clients accused of the following crimes:

One very important thing to recognize when reading through the list is that not all weapons are guns. Another major lesson is that different types of guns get treated differently under state and federal laws.

First, a weapon is any item that can be used to inflict serious harm or to kill someone. Bats, knives, and even hand tools can bring weapons charges. Again, using an alleged weapon is not necessary to face a weapons charge. Simply having the item on one’s person or within reach can be enough.

The disparate treatment of firearms does not just involve the distinction between handguns and long guns. While Ohio allows anyone who is old enough to own a firearm to carry a gun in plain sight, carrying a concealed weapon requires obtaining a state license. The local sheriff administers the licensing process, which includes completing an 8-hour safety course, passing a criminal background check, and paying a fee. Being found with an unpermitted concealed firearm can result in up to 180 days in jail even if no other offense is charged.

The last thing to understand about weapons charges is that they often get prosecuted separately even when the alleged possession or use of a weapon increases an assault charge to a felony or turns a theft charge into a robbery. When that happens, enlisting the advice and representation of an experienced Columbus, Ohio, criminal defense attorney can be essential to avoiding years in jail.

If you need help with a weapons charges case, reach out to The Maher Law Firm for a free phone consultation. We handle criminal defense cases in and around Columbus courts and across Franklin County. You can speak with a lawyer by calling (614) 205-2208 or contacting us online by filling out this contact form.