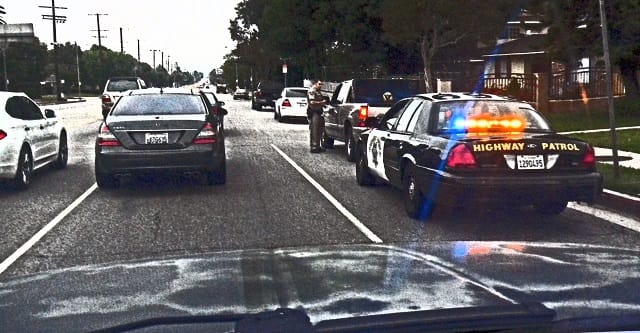 In Ohio, the penalties for most traffic violations include points system that the Bureau of Motor Vehicles (BMV) puts on the driver’s record. Racking up 12 points in a two-year period results in a suspension that lasts 6 months. Once that six month BMV license suspension is over, you must completely retest to get your license back and take a full day course at the BMV.

The rules regarding how penalty points are assessed are largely the same for people who drive their own cars and for commercial drivers. CDL holders do face a particular risk from accumulating penalty points, however.

How Many Points are on My License Ohio

Any driver’s license suspension that gets imposed in Ohio applies to each type of license a driver holds. This means that losing your own personal license to a 12-point suspension will also cost you your CDL. While limited driving privileges can be retained while under suspension, no one can operate a commercial vehicle while his or her Ohio-issued CDL is suspended. As a consequence, getting your license suspended often translates into losing one’s job.

Pleading guilty to, or being found guilty of, one of traffic violations or crimes listed below places points on your license.

How Long Do Points Stay on Your License in Ohio?

Each set of points stays on the penalized driver’s Ohio BMV record for two years. The record is public information, like a criminal or arrest record. Insurance companies and employers will be able to access it if they want. Also, penalty points assessed against out-of-state drivers often transfer back to the person’s home state.

Can You Remove Penalty Points From Your Ohio Driving Record?

How to get points off your license in Ohio? There is no sure way to remove points from your driving record in Ohio aside from requesting a court to reopen already resolved cases.  The BMV will allow a two point extension on your Ohio driver’s license following successful completion of a state-sanctioned remedial driving course (allowing for 14 points prior to suspension). Drivers can only enroll in such a course once every three years, and only five times over their lifetime.

How Can You Appeal a 12-Point License Suspension?

Drivers can work with a Columbus, Ohio traffic violations lawyer to appeal a points suspension within a short period of time after notice of the suspension is sent from the BMV. It is very important to have your current address on file with the BMV so you can receive notice of potential suspensions.

What Is Required to Reinstate a Suspended Ohio Driver’s License?

Drivers who lose their license to a 12-point suspension must apply to the BMV for reinstatement by paying an extra fee, taking a remedial driving course, obtaining a proof of SR-22 insurance establishng full insurance coverage for the following 3 years, and retaking the complete licensing exam. Having a CDL reinstated can also require passing the full battery of tests and repaying the testing fees.

The best way to avoid a 12-point license suspension is to keep points off your license from the beginning. Contest every ticket as though your license depends on it. To discuss options for challenging a traffic ticket for speeding, driving under suspension, or even drunk driving, call The Maher Law Firm at (614) 205-2208. You can also reach out to a Columbus, OH, traffic violations lawyer by filling out this contact form.