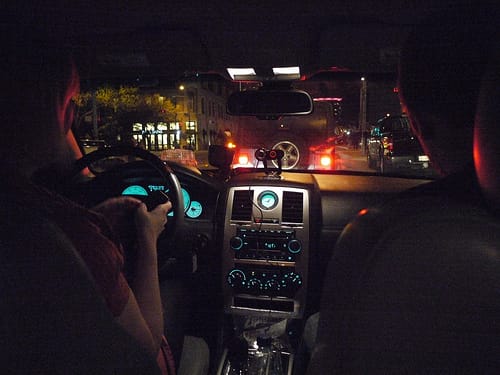 Talking on the phone or texting while driving is common, but a growing number of states are beginning to crack down on the practice in order to prevent accidents and improve road safety. Distracted driving contributes to three-quarters of traffic accidents involving teen drivers. Overall, driver distraction is cited as a cause in about 25 percent of crashes all across the United States.

Statistics like these have convinced lawmakers to crack down on cell phone use while driving in Ohio. The strictest rules apply to what legislators call “novice drivers,” or those under the age of 18.

In Columbus and elsewhere in Ohio, teen drivers cannot legally use any handheld wireless communication devices to

While reviewing the rest of this overview, keep in mind that Ohio cell phone laws define an “electronic wireless communications device” as

An in-dash navigation system or dashboard-mounted GPS device does not count as a handheld device.

Novice drivers who get convicted of any of the listed traffic violations involving cell phones and other handheld devices face a $150 fine and a 60-day license suspension. Penalties double for a second offense.

Is It Illegal for Adults to Text and Drive in Ohio?

Yes, it is illegal to text and drive in Ohio, although local police and state troopers are not authorized to pull over adult drivers only for texting while driving.

Section 4511.204 of the Ohio Revised Code states, “No person shall drive a motor vehicle … on any street, highway, or property open to the public for vehicular traffic while using a handheld electronic wireless communications device to write, send, or read a text-based communication.”

Ohio cell phone laws or texting laws goes on to explain that, for drivers older than 18, “no law enforcement officer shall cause an operator of an automobile being operated on any street or highway to stop the automobile for the sole purpose of determining whether a violation” of the ban on texting while driving occurred. The charge will only be made in addition to some other offense like speeding, failure to yield, or crossing a lane line.

Exceptions to the texting while driving ban for adults exist for police and other first responders, people reporting accidents and crimes, and truck drivers using scheduling or routing tablets. Walkie-talkies and CBs also fall outside the texting and driving law. Still, the only time most drivers can text behind the wheel in Ohio is when they are parked and out of the flow of traffic.

Is It Illegal for Adults to Talk on the Phone While Driving in Ohio?

No, but only if the call is made using a hands-free device.

While there is no explicit Ohio hands-free law for drivers, the general statute on distracted driving (O.R.C. 4511.991) makes it clear that using a cell phone’s speaker function or a Bluetooth-enabled device to make and take calls does not meet the legal definition of a distraction.

Adult drivers who do get convicted of holding a phone to their ear while driving can face a fine of $100.

As noted, Ohio drivers who are 18 and older will not be ticketed just for using a handheld device while operating a moving vehicle. This means that the distraction charge will be made in addition to whatever primary offense the officer or trooper spotted. Distraction can be secondary to, or a cause of, reckless operation, running a red light, following too closely, or causing an accident. The primary traffic violation will be prosecuted in addition to the violation of the Ohio texting law or Ohio cell phone law.

Keep in mind, too, that cities and counties write and enforce their own traffic laws. Columbus, for instance, explicitly prohibits drivers from using handheld devices to access the internet.

If you’re charged with talking on your cell phone or texting while driving in Ohio, consider hiring a traffic ticket attorney in Columbus, Ohio to represent you. It is especially important to consult an attorney if you caused an accident that resulted in the injury or death of another person. It’s also worth seeking the advice of an attorney if this would be your second or third offense since the consequences may be more severe. Contact The Maher Law Firm today to for a free phone consultation with our Columbus, Ohio, traffic violations lawyer.