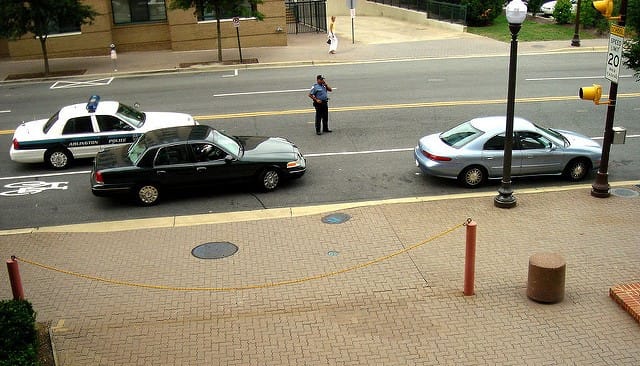 How to Get a Traffic Ticket Dismissed in Ohio

There is no surefire way to get a traffic ticket dismissed in Ohio. However, working closely with a Ohio traffic ticket lawyer to take the following steps can increase your chances for keeping a traffic conviction off your driving record as well as not having to pay fines and fees.

Contest the Traffic Ticket and Request a Court Date

Ohio law requires the police officer who issued a traffic ticket to appear in court to present evidence to support a conviction. When the officer fails to show up on the scheduled day, the judge has the option to dismiss the speeding ticket charge for lack of evidence. Be aware that the judge can also reschedule the hearing. Fighting a traffic ticket will cost you time, even if doing so saves you money or keeps points off your license.

In addition to attending the hearing on your speeding ticket, the officer must present compelling evidence that you violated a traffic law. For instance, he or she must present radar or LIDAR readings to prove you were speeding. Similarly, dash cam footage should leave no doubt that you made an illegal U-turn. The kind of hard evidence required by law and traffic court rules varies from charge to charge.

When you ask for a trial, you have the opportunity to request and review all the physical and mechanical evidence the officer intends to present before you appear in court. You can also request examinations of the equipment used by the officer. Your Columbus traffic lawyer will know how to spot inconsistencies between what is alleged and what can be proven beyond a reasonable doubt. Your speeding ticket attorney will also know how to arrange analyses by independent experts. The Most Common Traffic Tickets

Going to court to get your traffic ticket dismissed, allows your attorney to question the officer about what he or she saw and thought while making the stop and writing the citation. Discrepancies between what the officer says under questioning and what the physical evidence shows can lead the judge to dismiss your traffic ticket or find you not guilty.

Prove You Had a Valid Reason to Drive as You Did

You and your Ohio traffic ticket lawyer also get a chance to offer a positive defense in court. This becomes important when the officer presents strong evidence of you violating a traffic law. When that happens, you can still secure a dismissal by convincing the judge you only exceeded the speed limit, crossed a double yellow line, or drove through a red light in order to increase the safety of yourself and others.

For instance, laws do not require drivers to stay in their lane and cause a rear-end collision when the vehicle in front of you stops suddenly and without warning. In another scenario, you should move out of the way of an ambulance or police cruiser that has its siren sounding and its lights flashing. If you are creating space for the emergency responder to pass requires ignoring a stop signal, you can enter an intersection against the light.

Prove You Made a Mistake Due to Poor Signage

A final way to get a traffic ticket dismissed involves presenting evidence that you were following all the rules as you understood them. This probably will not work for beating a speeding charge because all roads have statutory speed limits that apply even when no signs are visible. However, a judge may accept an excuse that overgrown trees blocked a stop sign or that poor maintenance rendered lane markers invisible. You will need photographic evidence of either situation in order to succeed with the argument.

To discuss your options to have your Ohio traffic ticket dismissed, call a defense attorney with The Maher Law Firm at (614) 205-2208. You can also schedule a free case consultation online by completing this contact form.