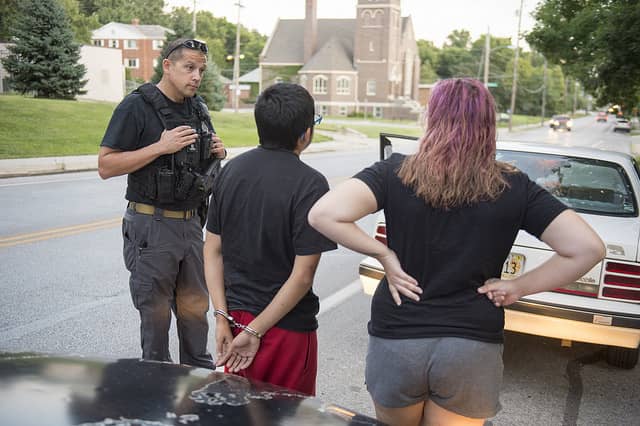 When Can Tickets Be Amended in Franklin County DUI Cases

Operating a vehicle while intoxicated (OVI), which is what Ohio statutes call driving under the influence of alcohol or drugs, is no simple traffic ticket. It is like a criminal charge that, unlike a standard speeding or illegal U-turn ticket, carries the risk of jail time and spending half a year or longer without full driving privileges.

Still, no DUI/OVI case can go anywhere in Ohio until a police officer or state trooper makes an official complaint against the suspected drunk or drugged driver. The complaint can look a lot like a traffic ticket, and it must be handed to the suspect and filed with a court. The complaint that the suspect receives must be identical to the one that goes to the court. It should also be provided by the suspect to a Franklin County DUI attorney because the exact wording of the complaint matters for defense purposes.

Legal process in Ohio permits an arresting officer, prosecutor, or judge to change or amend the complaint to correct typos, clarify information, or add details as more evidence becomes available. Specifically, the Ohio Rules of Criminal Procedure states that “the court may at any time before, during, or after a trial amend the indictment, information, complaint, or bill of particulars, in respect to any defect, imperfection, or omission in form or substance, or of any variance with the evidence, provided no change is made in the name or identity of the crime charged [emphasis added].”

The italicized phrase in the preceding quote means that no one can change the charge under the pretext of fixing an honest mistake or oversight. One thing this can mean in the context of a DUI/OVI case is that a person issued a ticket for driving with a blood alcohol concentration of less than .17 cannot be tried on a charge for driving with a BAC of greater than .17. The second charge has a different number and name under the Ohio Revised Code; substituting it for the lesser BAC charge would constitute changing the name and identity of the alleged crime. If blood and urine tests do show a higher BAC than the one entered on the original complaint and the prosecutor wants to seek the harsher penalty, a new complaint (i.e., ticket) must be issued to the suspect and filed with the court.

Failing to inform a suspect of any change to a DUI/OVI ticket can be cited by a Franklin County DUI defense attorney as grounds for having the original and any amended charge against his client dismissed. Again quoting the criminal procedures manual: “If any amendment is made to the substance of the indictment, information, or complaint, or to cure a variance between the indictment, information, or complaint and the proof, the defendant is entitled to a discharge of the jury on the defendant’s motion.”

If a dismissal is granted, a prosecutor may then pursue a new charge, especially if the new charge is more serious. A defense attorney will fight against this on his client’s behalf.

If you find yourself facing a charge for driving under the influence in Columbus Ohio, consider contacting a Columbus DUI attorney at the Franklin County offices of The Maher Law Firm. You can request a free consultation by calling (614) 205-2208 or by contacting us online.