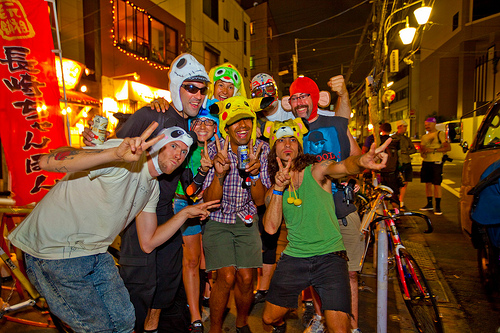 What Families Can Do to Prevent Underage Alcohol Consumption

Preventing underage alcohol consumption should begin at an early age. It begins with the adults around the children modeling positive behavior. That means if you as the parent drink, don’t drink too much or too often. If you have a problem with drinking, get help.

The Surgeon General offers these tips for dealing with your child and avoiding underage alcohol consumption:

Social, emotional and behavior problems can be indicators of drug or alcohol use.  According to a study published by the National Institute of Alcohol Abuse and Alcoholism: “A strong relationship appears to exist between alcohol use among youth and many social, emotional, and behavioral problems, such as using illegal drugs, fighting, stealing, driving under the influence of alcohol and/or other drugs, skipping school, feeling depressed, and deliberately trying to hurt or kill themselves. In addition to the problems that occur during adolescence, early initiation of alcohol consumption is related to alcohol-related problems later in life. One study found that an early onset of alcohol use (i.e., by age 12) was associated with subsequent alcohol abuse and related problem behaviors in later adolescence, including alcohol-related violence, injuries, drinking and driving, absenteeism from school or work, and increased risk for using other drugs.”

Regarding the legal aspects of underage drinking, it is illegal to drink under the age of 21 in Ohio, and possession or consumption of alcohol is a first-degree misdemeanor. The maximum fine is $1,000 with a six-month jail term. There are three elements of underage drinking which may lead to arrest and conviction, and those elements are possession, consumption, or public intoxication.

Do you need an Underage Consumption or DUI Attorney in Central Ohio?

If you or your child has been charged with an alcohol-related offense in Central Ohio, don’t roll the dice and hope it all comes out okay. You need to actively defend yourself or your child to the greatest extent possible. Their future depends on it. You need the representation of a skilled attorney who can help you navigate the treacherous legal landscape. The Maher Law Firm can make sure that your rights are protected. Call The Maher Law Firm today for a free consultation at 614-205-2208 or contact us online.