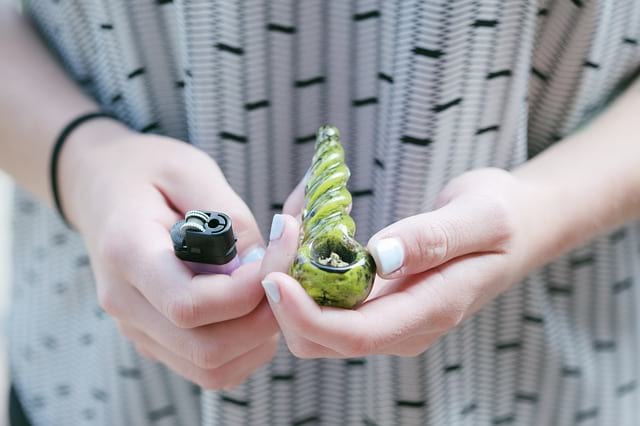 How Do Ohio Courts Handle Drug Possession Charges for Minors?

In Ohio, most teens younger than 18 who get arrested for allegedly possessing drugs will actually be charged with delinquency. The reclassification of the alleged criminal offense reflects the emphasis state laws and courts place on encouraging education and rehabilitation for minors as an alternatives to punishment. Still, incarceration can be a possibility. Juvenile drug possession Ohio

Section 2152.02 of the Ohio Revised Code defines a delinquent child as any person who is younger than 18 years age when they are arrested for and charged with committing an offense that would count as crime if they were an adult. The statute lists minor misdemeanor drug possession as one of the alleged offenses that can get a teenager classified as a delinquent child.

Felony and misdemeanor charges for drug possession are based on the weight of the controlled substance involved. For marijuana, for instance, possessing 100 grams of cannabis or fewer is treated as a misdemeanor.

The relevant statutes also give prosecutors and judges discretion to treat any type of drug possession by a teen as delinquency rather than an offense that merits being charged as an adult. A caring Columbus drug charges lawyer will push for such a determination.

Penalties for Teen Drug Possession Can Be Harsh

Juvenile courts do not sentence delinquent children to serve time in jail. Rather, the possible penalties range from counseling to detention.

Drug counseling and family counseling are components of most sentences for teens who get convicted of possessing a controlled substance. Other potential penalties include probation as well as financial sanctions. While on probation, a teen may be required to perform community service and will usually be ordered to document their participation in counseling sessions, pass drug and alcohol tests, and either remain in school or seek and hold employment. Ohio Drug Trafficking Laws: A Guide to Offense Levels and Penalties

Detention, the most severe penalty for teen drug possession, can take many forms. A child may be placed on monitored or unmonitored house arrest, being allowed only to attend school, work during daylight hours, and keep doctor’s appointments and court dates. Placement in a group home is a possibility, and actual incarceration in a state or county facility is generally reserved for repeat offenders or for teens who were found illegally possessing drugs while being brought into custody for allegedly committing a violent offense such as assault or robbery.

A teen who is placed in a group home can remain separated from their family until they reach the age of 18. Detention in a juvenile facility can last until a person’s 21st birthday.

Pretrial Diversion Is Worth Exploring

A drug possession case can be quite straightforward. Police and prosecutors may have little trouble clearly demonstrating that a defendant was found holding, using, preparing or selling a controlled substances in an illegal manner. When this is true for a teen who is younger than 18, the defendant’s lawyer can push for pretrial diversion.

The prosecutor and a judge must agree to a diversion plan that can include completing a drug education course, participating in counseling, doing community service, earning a high school diploma or GED, or holding a job and passing drug and alcohol tests. Checking in with the court to document compliance will be necessary, but meeting all the terms will save the teen from other penalties. On the other hand, failing to comply reinstates the charges and puts the teen t risk for going on probation or being detained.

As a criminal defense lawyer in Columbus, Ohio, Colin Maher provides free phone consultations to teen defendants and their parents or guardians. He is particularly experienced in handling drunk and drugged driving cases and possession charges.  You can speak to him now by calling (614) 205-2208 or by contacting him online.