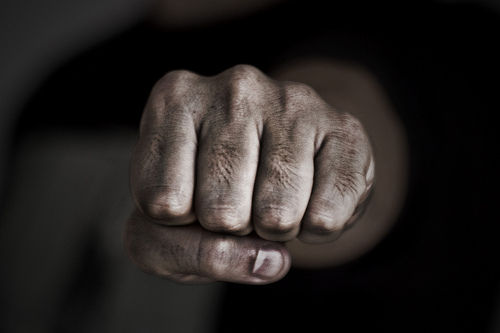 Ohio state statutes group domestic assault and battery under the label “domestic violence.” Further, no clear distinction is made between “assault” and “battery.” In states where a legal difference is recognized, battery involves making contact with another person. An assault can occur with or without contact.

Although most violations of domestic violence laws are prosecuted as misdemeanors, penalties can be severe. Because accusation of assaulting a family member or a romantic partner who share your house can stem from a misunderstanding and or self-defense, hiring a Columbus, Ohio, criminal defense attorney as soon as a charge is filed is very important.

How Does Ohio Define Domestic Violence?

Both physical assaults and believable threats of immediate harm can be prosecuted as domestic violence offenses in Ohio. The relevant statute, O.R.C. 2919.25, specifies that an alleged act or threat of physical violence must be made knowingly or recklessly in order to constitute a crime. What makes something reckless is a bit of a judgment call on the part of the arresting officer and prosecutor. An example could be becoming intoxicated and lashing out at family members.

Regarding an alleged threat, the person making the domestic violence accusation must also present credible evidence that he or she believed the threat would be carried out.

Who Will Ohio Consider a Victim of Domestic Violence?

Domestic violence charges apply when the alleged victim is related to the alleged perpetrator in some way. The list of possible victims of domestic assault and battery in Ohio includes a

Note that housemates and roommates who are not related by blood (“consanguinity,” in legalese) cannot be identified as victims of domestic violence. On the other hand, living with a relative is not a requirement for facing a domestic violence charge.

Another thing to recognize is that a child can be accused of committing domestic violence against a parent or older relative. Generally, Ohio will only consider making a criminal case when a young offender is older than 14.

What Are the Penalties for Domestic Violence in Ohio?

A domestic violence charge related to making credible threats of harm is treated as a fourth-degree misdemeanor. A conviction could bring a fine of $250 and a jail sentence of up to 30 days. Possible additional and alternative penalties for all forms of domestic violence include court costs, probation and fees for probation, community service, and a stay-away order.

Domestic violence charges related to physical assaults are prosecuted as first-degree misdemeanors. The maximum penalty for such a charge is a jail sentence of 180 days and a criminal fine of $1,000. Circumstances such as previous domestic violence convictions or a pregnant woman being identified as the alleged victim can raise a purported offense to the status of a felony.

Who Gets Arrested for Domestic Violence?

One sad reality of domestic disputes is that police officers who respond often arrest each person involved. They do this for a number of perfectly understandable reasons. First, making arrests can represent the best way to separate and protect people. Beyond that, determining who acted as the aggressor and who was the victim can be impossible until everyone calms down and makes coherent statements at the police station.

Sorting through the confusing details and clearing oneself of suspicion for perpetrating domestic violence can be difficult. If you need help fighting a domestic assault and battery charge, contact a Columbus Ohio criminal defense attorney with The Maher Law Firm. You can contact us online or call (614) 205-2208 to talk to an experienced domestic violence attorney in Columbus.