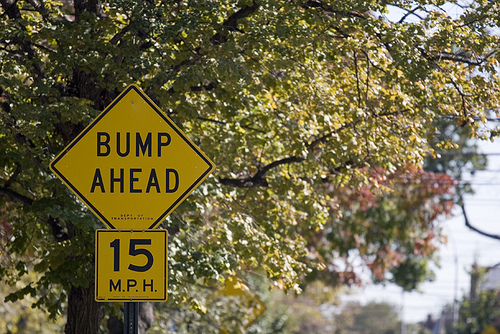 If you receive a traffic ticket and just turn around and pay that ticket, you are pleading guilty to the offense you were accused of committing. This is the case even if there may be circumstances or mitigating facts that would allow you to prevail and not have the guilty plea, and the resulting points on your record.

Your auto insurance company reviews your driving record periodically and will increase your insurance rates as a result of points on your license.  Accumulating 12 points in two years means your driver’s license will be suspended for six months. Generally, speeding tickets are a two-point penalty, but exceeding the posted speed limit by more than 30 miles per hour will get you a four-point penalty.

It makes sense to fight your traffic ticket even if you do not have any other tickets in the last 12 months. Getting more traffic tickets within a 12-month timeframe places you in danger of a more serious misdemeanor, which carries with it the possibility of jail time.

The first step in disputing your traffic ticket is to show up to the arraignment or hire an attorney to go for you. You may plead guilty, not guilty or no contest at the arraignment. A plea of no contest means that you do not dispute the violation, but would like to have the judge hear your version of events. A no contest plea generally amounts to the same as a guilty plea.

If you plead guilty, you will pay the fine and take the consequences. If you plead not guilty, your trial will be scheduled for a later date. In some Ohio courts, the next step is a pre-trial hearing, which is a conference between you, your attorney, and the prosecutor. At this point, your attorney can negotiate a reduction in the fine and violation value in the interest of not further taxing overburdened courts with matters like speeding tickets.

Do you need a speeding ticket lawyer in Columbus, Ohio?

You can contest your traffic ticket. In fact, it is often to your advantage to fight the speeding ticket. If you are facing a traffic ticket in Columbus, Ohio, you need an attorney who knows the law and can help you navigate the various courts with jurisdiction over traffic offenses. Get the representation of a skilled and trusted attorney who can give you the help you need. The Maher Law Firm can help make sure that your rights are protected. Founding attorney, Colin Maher has in-depth knowledge and experience working with traffic cases and he will put his skills at your service. Call The Maher Law Firm today for a free consultation at 614-205-2208 or contact us online.