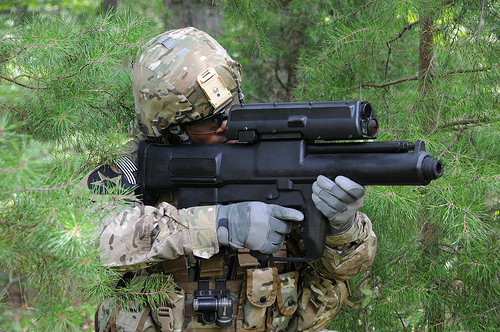 Charges for Illegal Possession of a Weapon

The people have the right to bear arms for their defense and security; but standing armies, in time of peace, are dangerous to liberty, and shall not be kept up; and the military shall be in strict subordination to the civil power.

With the exception of the military, licensed importers, manufacturers and dealers, as well as state officers and employees, possession of the following weapons is illegal according to Ohio Revised Code §§ 2923.11, 2923.17:

Possessing a prohibited weapon is a fifth degree felony, and punishable by a $2,500 fine and six to 12 months prison time.

Here are more facts you should know about weapons possession in Ohio. You may not carry a weapon in Ohio if you are:

Under these circumstances or in these locations, carrying a gun is illegal (even with a conceal carry permit):

Illegal weapons possession is a very serious charge, and one that should be taken seriously. Depending on the circumstances, you may be facing potentially devastating fines and serious prison time.

Do you need a criminal defense attorney in Columbus, Ohio?

If you are facing criminal charges for carrying a weapon in Columbus, Ohio, you need a lawyer who knows weapons law and can help you navigate these serious charges. Get the representation of a skilled and trusted attorney who can give you the help you need. The Maher Law Firm can help make sure that your rights are protected. Founding attorney, Colin Maher has in-depth knowledge and experience working with criminal defense cases and he will put his skills at your service. Call The Maher Law Firm today for a free consultation at 614-205-2208 or contact us online.