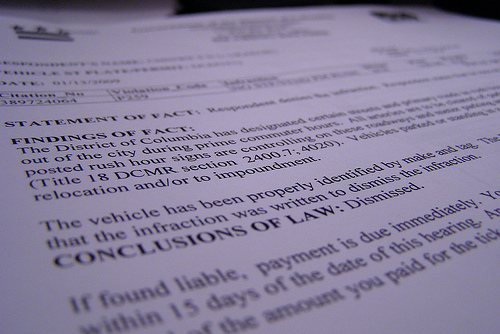 5 Potential Ways to Get Your DUI Case Dismissed

Drunk driving is a serious charge in Union County, Ohio. OVI lawyers know that there is no such thing as a simple drunk driving charge. Every case is different, with different facts and circumstances. If you have been charged with OVI, there are many different defenses an attorney can utilize. Here are five possible reasons an OVI could get dismissed.

1. Challenge the Breathalyzer or Drug Test

Chemical tests are only valid if (a) the substance was withdrawn within three hours of the time of the alleged violation, (b) the person submits to a breath, urine, blood, or other bodily substance test at the request of a law enforcement officer under the implied consent provisions of RC 4511.191, or a blood or urine sample is obtained pursuant to a search warrant, (c) the sample is analyzed in accordance with methods approved by the director of health, and (d) it was analyzed by a person possessing a valid permit issued by the director under RC 3701.143.

2. No Probable Cause to Arrest.

An attorney can argue that the officers had no probable cause. The legal standard for determining whether a law enforcement officer had probable cause to arrest an individual for OVI is whether, “at the moment of the arrest, the police had sufficient information, derived from a reasonably trustworthy source of facts and circumstances, sufficient to cause a prudent person to believe that the suspect was driving under the influence.” This is an objective standard, not a subjective one.

A motion to dismiss is appropriate where the citation fails to state an offense.In that instance, the motion tests the sufficiency of the charging instrument without regard to the quantity or quality of evidence that may be produced by the state or the defendant at trial.

Only matters capable of determination without a trial of the general issue can be raised by a pretrial motion. As such, a motion to dismiss cannot be used to challenge the sufficiency of the state’s case on one of the elements such as whether the defendant was “operating” a vehicle.

A motion to dismiss is also appropriate where a speedy trial limitation has expired, or where there is a challenge to the court’s territorial jurisdiction. Less frequently encountered grounds include a pre-plea challenge asserting a defect in the institution of the prosecution, such as defective service of the citation or a double jeopardy challenge.

If you are arrested, police officers are required to read you your Miranda Rights prior to questioning you. Miranda warnings must convey that you have the right to remain silent, anything you say can be used against you in court, and you are entitled to legal representation. Accordingly, if you are arrested and questioned without being read your Miranda Rights, your attorney should be able to suppress any statements you made to police during the interrogation.

Depending on the facts of the case, an attorney may be able to negotiate a plea deal. A plea may include pleading to a lesser offense like reckless driving. Although a plea bargain is not the same as an outright dismissal, it still has the advantage of keeping an OVI off your record.

Contact an experienced Union County, OH drunk driving attorney at The Maher Law Firm today to talk about the particular facts of your case. .  Call 614-205-2208 to speak to a lawyer now.